Robert Horton has been a film critic in Seattle for many years, yet he mysteriously retains the blush of youth. A member of the National Society of Film Critics, he is the film critic of the Seattle Weekly and the Daily Herald (Everett, Washington) and is a regular contributor to Film Comment and other magazines. From 2005 to 2014 he was the curator and host of the monthly Magic Lantern series at the Frye Art Museum. Books include Frankenstein (Columbia University Press/Wallflower Press, 2014) and Billy Wilder: Interviews (University Press of Mississippi, 2001); his work was also included in Best American Movie Writing 1999 (St. Martin’s Griffin, 1999) and the International Dictionary of Films and Filmmakers (St. James Press, 2000). He has appeared on The Today Show, and is a member of the Broadcast Film Critics Association. As of May 2013 he begins a five-year term as a Fulbright Specialist; in 2016 he received a Fulbright Specialist grant to Romania. (More below.) 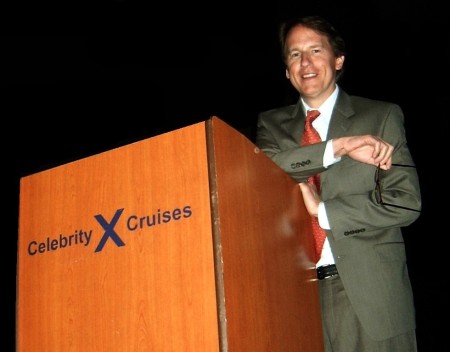 When it comes to getting up and talking, Horton is a Smithsonian Journeys guest speaker (including presentations on Hollywood history aboard cruise ships), and from 2010-2014, a Humanities Washington “Inquiring Mind” speaker. From 2012 to 2015, he taught at Seattle University; in 2013, he taught in the Architectural Association summer school in London. As a member of the FIPRESCI jury of international critics, he has been on juries at film festivals in Odesa, Ukraine; Ljubljana, Slovenia; Seattle; Mannheim-Heidelberg, Germany.

For the Museum of History and Industry’s “Celluloid Seattle: A City at the Movies,” Robert was pleased to act as curator. The exhibit ran from Dec. 2012 to Dec. 2013. 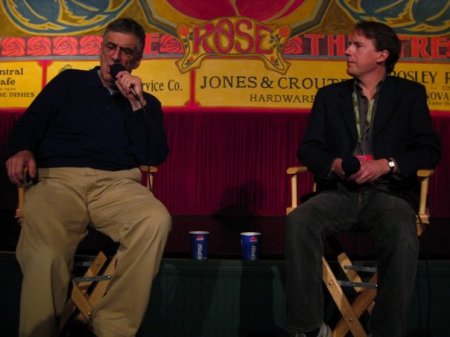 With Elliott Gould in Port Townsend, 2008

In his role as an onstage interlocutor, Horton has interviewed the likes of Debra Winger, Steven Soderbergh, Eva Marie Saint, Peter Greenaway, Buck Henry, Peter Fonda, Elliott Gould, and many others.

His interview with director James Longley is included on the Iraq in Fragments DVD, and he did the liner notes for the DVD of Tous les Matins du Monde.

He is the co-author, with Mark Rahner, of Rotten, a zombie Western comic book from Moonstone (art by Dan Dougherty). Look for it at a comic book store near you — or here. The trade paperback of the first six issues of Rotten can be ordered here. 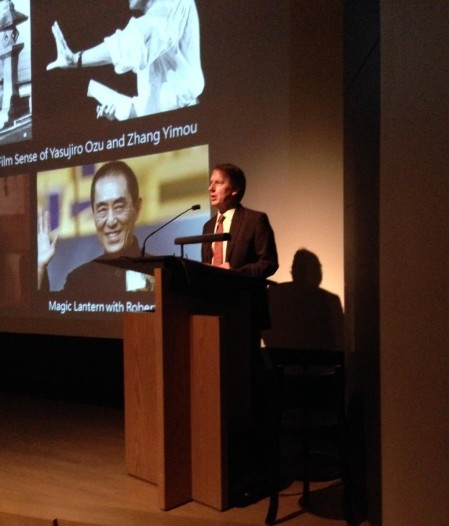 He has also been president of the Seattle Film Society, a film teacher, and an annual guest at the Port Townsend Film Festival. He was a mainstay of the original incarnation of Film.com and has written for many publications online and off, including Newsday, the Chicago Reader, and the Seattle Times. He grew up in Seattle, is married, and is now weary of saying all this in the third person. 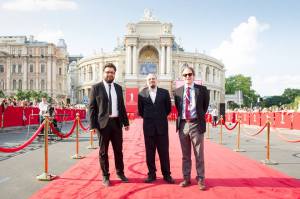